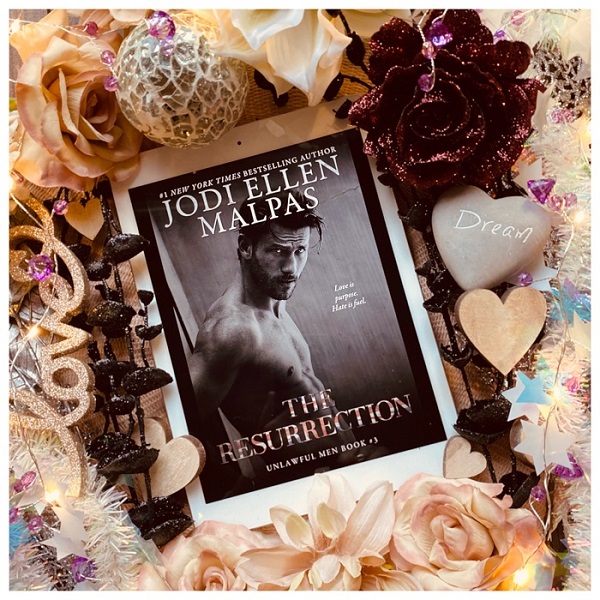 Before I‘ll give you my review for „The Resurrection“, let me start by saying this: I‘ve been a huge fan of Jodi Ellen Malpas for years. For me, it all started with the „This Man“ series. After reading Jesse‘s and Ava’s story, I was completely hooked and have read every single book by Jodi ever since.

I love her writing style, the humor, the swearing, the passion she describes and just about everythig. I was lucky enough to met Jodi once at RARE 2017 in Berlin and she was so nice and open and I loved every minute spent in her presence.

I also thank the stars for the day Jodi decided to venture into darker territory. Her first dark romance novel „The Brit“ (The first book in the Unlawful Men series) was phenomal and I was hoping Jodi had as much fun writing the book as I had reading the story.

Obviously that must have been the case because we got book 2 „The Enigma“ soon after, which was equally epic! But now there is book 3 – The Brit and The Enigma team up for „The Resurrection“ and I honestly have no words!

Danny and Rose, James and Beau – Jodi wrote 4 POVs and so we get insights into all their minds. It‘s pretty perfect. And then all these incredible sidekicks: I love Aunt Zinnea, Tank and Fury are pretty cool as well as Otto and Goldie.

This book is definitely one you‘ll wish it won‘t end. If you’re a fan of Jodi Ellen Malpas books and / or a Dark Romance reader than this series should definitely be on top of your TBR! Read The Brit and The Enigma first before you grab The Resurrection. You won’t regret it, I promise! It’s perfect, and it is so Jodi! I love it so much and if I could wish for one thing: MORE! 😉

From the moment Danny Black met Rose Cassidy, he knew she’d be the death of him. But their electric connection and twisted love gave him a purpose beyond ruling Miami with his iron fist. Faking his own death and disappearing to St. Lucia was the only way he could escape the deadly underworld that brought them together. But his seclusion was sabotaged when a notorious assassin lured him out and made him an offer he couldn’t ignore.

So Danny was forced to decide whether to remain concealed and pray his enemies didn’t find him, or re-emerge and take back control of his town. His future.

James Kelly’s sole purpose was to find and kill the man who ordered the death of his family. Peace would never be his until then. Beau Hayley, a scarred former cop, was the key to his mission. He was supposed to kill her. Instead, he fell in love with her. Forced to accept that he could no longer fight his war and keep Beau safe from their enemies, he sought out the only man who could help him.

But by resurrecting the infamous Brit, James unwittingly started an even bigger war.

But only one of them can come out the other side alive.

The book was released today! So go ahead and grob your copy now:

*I was generously provided an ARC of “Resurrection” in exchange for an honest review.* 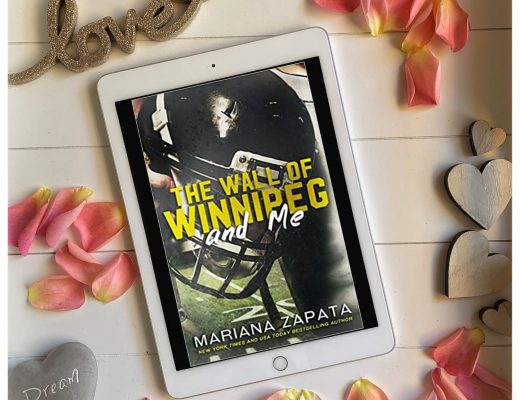 Book Review: Mariana Zapata – “The Wall of Winnipeg and me” 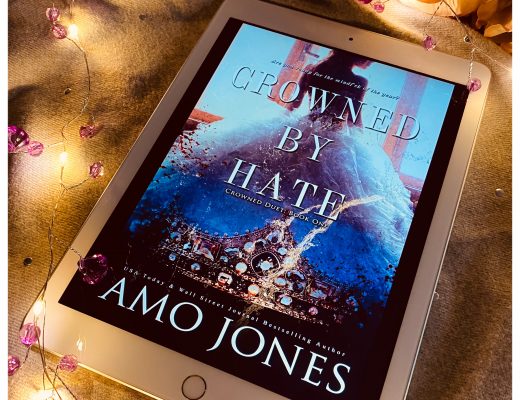 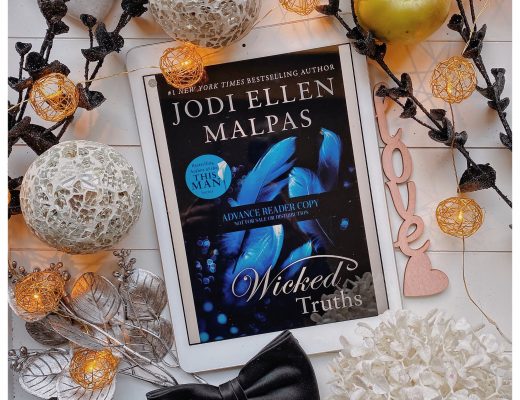 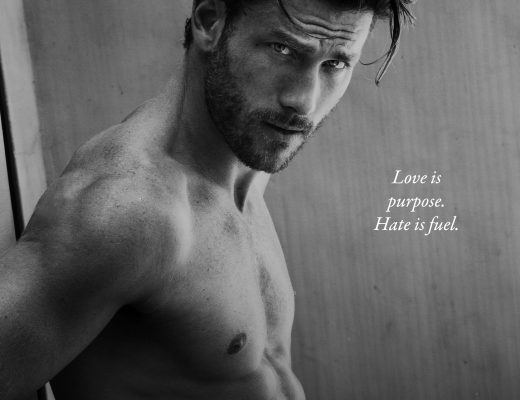